It is a significant step toward the completion of the 111-kilometer-long, winding stretch between Katra and Banihal. It will represent the Kashmir rail connection to put it another way, a train from Kanyakumari can travel all the way to Kashmir without stopping. 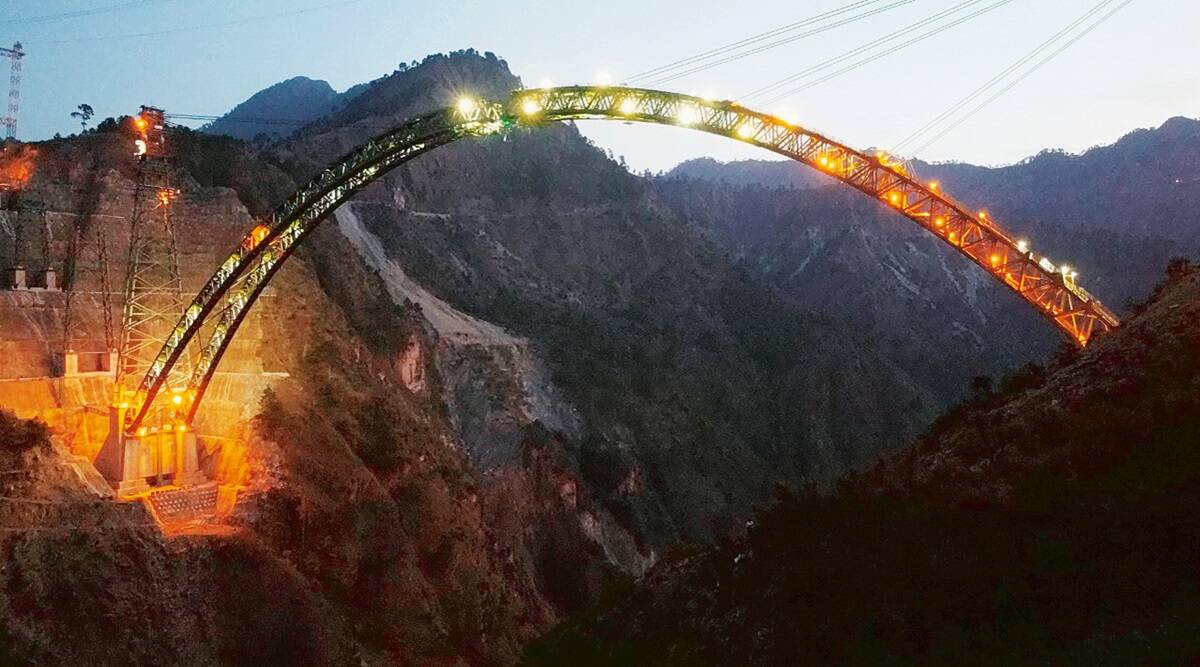 The arch of the world's highest railway bridge, Chenab Bridge which stands 359 metres above the Chenab river in Jammu and Kashmir, was completed on Monday, with the Northern Railways hailing the accomplishment as a watershed moment.

The arch, which is the most complicated part of the Rs 1,400-crore Chenab bridge, is half a kilometre long and was the biggest engineering challenge. It is a significant step toward the completion of the 111-kilometer-long, winding stretch between Katra and Banihal. It will represent the Kashmir rail connection to put it another way, a train from Kanyakumari can travel all the way to Kashmir without stopping.

Since the bridge is located in Seismic Zone IV and in the Himalayan young fold range, the Chenab bridge has been a source of controversy since its conception, making it a difficult call for railway engineers. According to the Railways, a railway bridge like this in such geographic conditions has never been built anywhere in the world.

The bridge would be capable of withstanding earthquakes of up to magnitude eight as well as high-intensity blasts.

It will have a 14-metre dual carriageway and a 1.2-metre-wide central verge, will have a design speed of about 100 km/h and a 120-year lifespan.

The general manager of Northern Railways, Ashutosh Gangal informed that the completion of the bridge would most likely take a year while the complete rail link would take two and a half year to be completed.

He said, "It is a historic day for the Northern Railways and a milestone in the completion of the USBRL project, connecting Kashmir with the rest of the country.” He further added, “"The self-supporting arch is an engineering marvel and has brought us closer to our goal of the dream project. After the completion of the arch, we will move further, and are hopeful of completing the bridge within a year."

Piyush Goyal, Railway minister via a video link from Delhiwitnessed the cable crane lowering the arch's closure section. He tweeted about the engineering marvel by linking in a video about the Chenab bridge -

A moment of pride for ????????! The arch of Chenab bridge, connecting Kashmir to Kanyakumari has been completed.

With an arch span of 467m, it is the world’s highest railway bridge.

Prime Minister Modi tweeted about the tremendous achievement, "Capability and trust of the countrymen is setting an example before the world. This feat of construction does not only showcase the growing prowess of India in the field of modern engineering and technology but also is an example of changing work culture marked by the ethos of 'sankalp se siddhi'."